As I was awarded a research grant at St. Norbert College, I have put together a project that I have been working on the last couple months. Much of this work has sprung from my previous semester in an independent painting study where I formed a series of work that I found very interesting and wanted to continue into my senior year at St. Norbert College.

My initial focus was to continue working with a small square I had cut out of paper and use that to find areas of interest in various family photos I had gotten from my great grandma. During the spring semester I had made a series of nine watercolor pieces. Each piece 6 inch. by 6 inch.. Areas of interest included part of a bird cage and lamp, part of an airplane, a child’s feet, and some others. 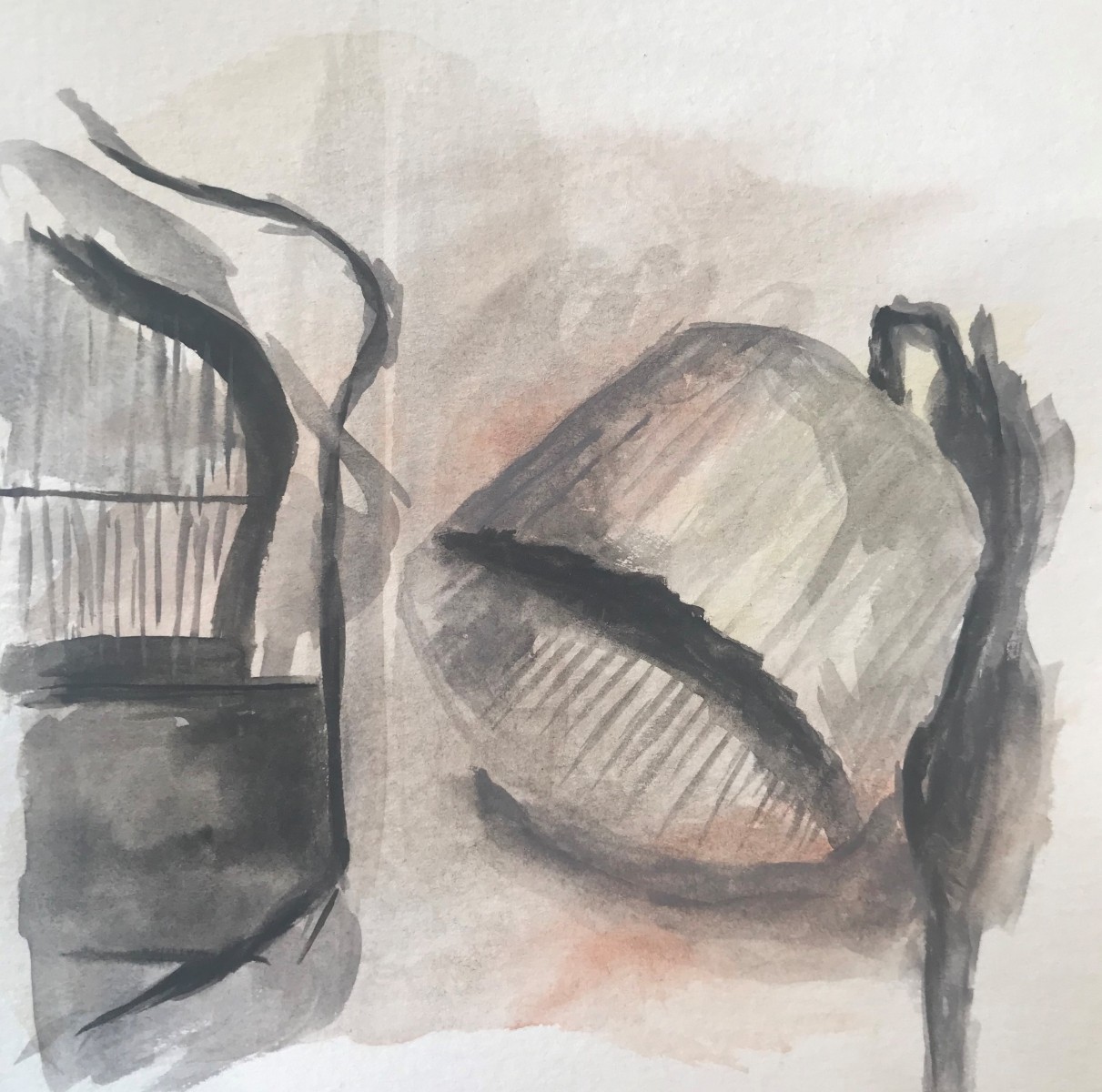 Towards the end of the semester I started to work at a larger scale and chose to include the human figure. So I looked through photos, found people who have a special place in my heart, and started to work from there.

My goal as I started to dive deeper into this body of work was to keep a distinct color palette and to combined elements of both realism and abstraction.

Great-grandma, shown above is my favorite piece in the entire series I have been working. I was extremely close to her and she really was the inspiration for this body of work. Growing up she would always have interesting stories to tell me during our weekly visits with each other. She was a huge role model in my life, which brought me to paint this piece specifically. Something about the photo of her reminded me of this strong and caring woman that I had known so well. So I took the original image taken roughly in the early 1940’s when she was just under 20 years of age and recreated it. Instead of keeping it all black and white, I incorporated color into both her shirt as well as her lipstick. As I continued in a lot of these pieces, I did a sort of wash-like abstracted background and kept some flowing brush strokes within the piece. In terms of color choice, it was very important for me to chose colors that reminded me of her. She would always wear a dark red/maroon colored lipstick when she would go out for special occasions. I also used a teal/turquoise color with her shirt to resemble clothes and colors she would typically wear.

This is another piece I created over the summer, titled Floyd and Sue. It is a depiction of my grandma and her dad when she was about 9 months old. Unlike the previous paintings, here I wanted to include more abstraction in the background and then really focus on the details in the figures, specifically in the folds and creases of the clothing. Another important part for each piece is to really express the emotion of each figure. Especially for the pieces with multiple people in them, I wanted the emotional reactions between them to actually seem realistic and as if they were sort of coming to life into the paintings.

This piece was really more of an experimentation of how I could do a little more abstraction into the main focus of the piece rather than go more on the realistic side. As you can see in the car as well as the shadows in the figure, I kept more of a flowing brush stroke. I think this worked well in the sense of recreating these old photos and making them look from the time the were taken.

As I continued to experiment with this body of work I was inspired to add some sewing and stuffing of canvas. I had done this previously in a past semester painting class and really enjoyed the look and overall presence the work gave. Shown above, I still used the same techniques of finding interesting parts of images and recreating them as well as painting an abstracted wash for the background. After painting I let them dry for at least a couple days before going in a sewing them together and stuffing them.